Today marks 23 years since I moved to Rocky Mountain House.
I moved here for work. It was a good move as I met my husband here and stayed.
Every place has its faults. We can spend all day complaining about what is wrong, or we can flip it over and tickle its tummy. When we do that we realize something important that we may not have considered earlier.
For all the bad things people can say about where they live it must be noted that we are where we are due to our choices.
I made good choices.
Posted by Leah J. Utas at 11:23 AM 14 comments:

I am thankful that I can cook.
Husband has been away since last Monday morning and that means I've only me to cook for. It also means cleaning up afterward is by only me.
It would be easy to slack off and eat nothing but cereal, or get a pizza, or other such fast food.
But what is the point?I have the skill to prepare food, the food to do it with, and the knowledge that what I cook is considerably better for me than anything I could get commercially prepared.
Commercial food has it's place. I enjoy it on occasion and when it comes to going out to dinner I rarely say no.
But I'd rather make my own and I am grateful that I have this skill.
Posted by Leah J. Utas at 3:17 AM 16 comments: 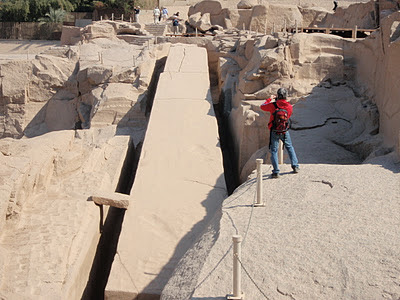 This is an unfinished obelisk.  A great deal of work was done on it a long time ago.
It was left in the quarry after a flaw was discovered.
It's rose granite, and even incomplete it is magnificent.
Posted by Leah J. Utas at 1:28 AM 12 comments: 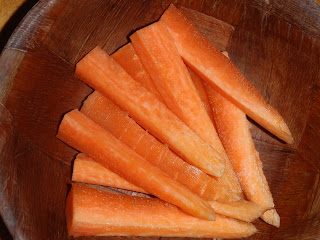 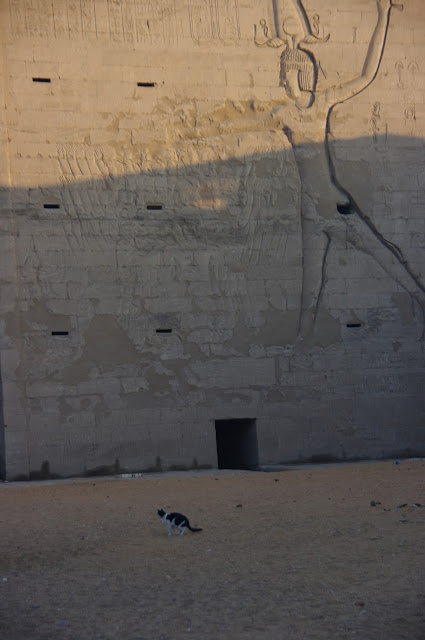 Relief carving on the Temple of Horus at Edfu with pussycat.
Posted by Leah J. Utas at 4:52 PM 14 comments:

But the credit really goes to my great-uncle.
Said post is here.
Please have a look.
My thanks to Hilary for the honour.
Posted by Leah J. Utas at 6:11 AM 8 comments:

Gratitude Monday --In The Game

The Edmonton Eskimos are on their way to the Western Final.
They beat The Stampeders yesterday to earn the berth.
The Eskimos haven't been in a playoff game in years.
Whatever else happens, I am grateful that
a)they made it to the quarter-final
b)they won the quarter-final
c)the reign of error of former coach Danny Maciocia is over. He's probably a fine human being, but he was in over his head as a CFL coach.

Photo- Finish Friday -- Remembering In His Own Words 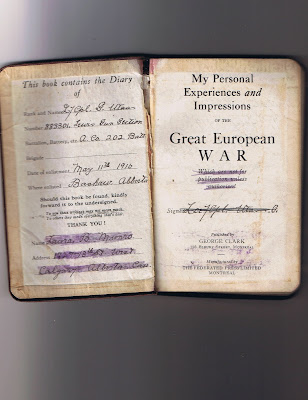 This is my great-uncle's diary. I found it amongst other items belonging to my parents.
I scanned a few pages to give readers an idea of what it was like for an ordinary soldier in the Great War.
I'll let his words form the pictures for you. 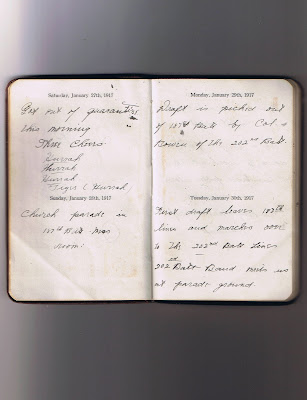 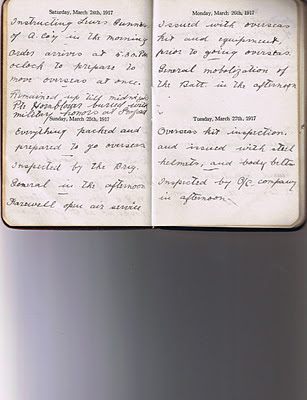 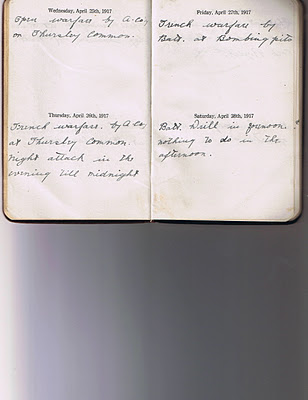 An Eternal Now in the Flow of Time 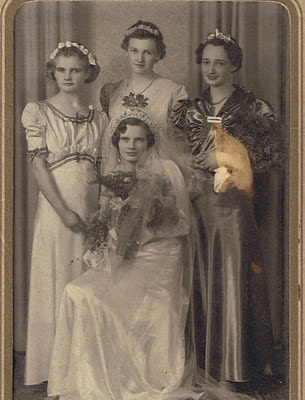 I found this photo the other day while looking for a different photo. I'd forgotten I had it and was tickled silly to see it again.
It appears to be a wedding photo of  my Aunt Dorothy, seated, and her three sisters.
No year is indicated on it and neither is the event. I'm making an assumption based on clues in the picture.
I decided to share it with you because it is a wonderful picture capturing a happy moment in a life.
In fact, I suggest it is a happy moment in all four lives.
We all need to see those from time to time as reminders that life ebbs and flows. We need reminders of the flows to help us through the ebbs.
This moment is and always will be current because all who were there remember, and any who see it may feel the joy of a moment that while passed, is eternal.
#
Back row from left Pauline (my mother) Myrtle, and Gladys.
Posted by Leah J. Utas at 7:37 PM 14 comments:

Way back in the mid-1960s we had FATE Magazine in the house. It features the paranormal, the odd, the stuff that mainstream won't touch, and I found it fascinating. A few of the stories back then stuck with me to the point I still see a man in a fedora with blazing red eyes from time to time.
The magazine has a few departments including one where readers can submit their stories of ghostly encounters called "My Proof of Survival."
When I was eight or so I decided I'd be published in FATE and had in my mind it likely would be one of the standing columns.
In 2009 I submitted to the magazine, jumped through its hoops, and waited. And waited. And waited some more.
Issues come out bi-monthly making the wait that much longer. Contributors are advised they will not be told beforehand when their story is to run. All I could do was wait for the cheque and my contributor copy.
I'm patient. I know things take time.  I take beta blockers so it takes more than a bit to rile me.
Two years passed. Nothing. I cut my beta blocker dosage.  I contacted the magazine in June 2011, but got no response. I take some responsibility for that as I used the main email with no contact person's name. Those are easy to discard.
I stewed a bit then tried again in October after digging out the name of the editor I'd dealt with originally. I asked were they planning to run it and if not to give me back my rights to it.
Response was quick. My story had run in the July-August 2009.
To their credit they made good quickly. I received the contributor's copy and my cheque last Thursday.
It is regrettable I had to give them a nudge, but it is taken care of and I am grateful.
A goal I set 45 years ago has been met.
Posted by Leah J. Utas at 5:30 AM 17 comments: 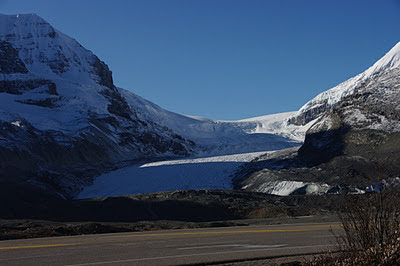 
I discovered a recipe for gluten-free pizza crust that's so good it may have turned me forever.
It's made from rice flour with tapioca and potato starch and it tastes similar enough to white flour to pass.
It's from Bette Hagman's book More from the Gluten-Free Gourmet (Henry Holt, 1990). The recipe is  actually for lactose and soy free crumpets.
The instructions for adapting it including spreading the dough on a pizza tin or the like and letting it rise for only 10 minutes. How easy is that?
Hagman has proper pizza crust recipes in a different cookbook, but I don't own it so I went with this one.
The first time I tried it I poured the dough--it's cake batter consistency--into pie plates and make three individual crusts.
It worked well.

Yesterday I decided to try a full-sized crust. This took a bit of thinking as the pizza pan I use has holes in it. It makes for a lovely crust, but batter would pour through. I set down wax paper on it and it worked fine.
It's supposed to be covered as it rises, but I
A) don't have anything large enough
b)couldn't come up with a solution
c)decided to see what would happen if I didn't
It was fine.
What I did:
I baked the crust for 15 minutes, let it cool, and then froze it. I was still debating whether to have pizza or not last night. Freezing it gave me time to think.
Commercial rice flour crusts tend to be smaller than what I made, and they tend to be sweet. Most commercial rice flour goodies be they bagels or crumpets lean to the sweet side and it's kind of off-putting.
This crust wasn't although I have to confess I likely used a bit less sugar than was called for. I'm not into careful measuring.
The point is, it worked well.
I'm gluten intolerant, not celiac, so I have the option of using flours like spelt and rye and kamut in my baking.
I can even have commercial pizza now and again.
But this crust was so good that it may have turned me forever.
For the record, the toppings were mushroom, shrimp, pineapple, onion, and green pepper, and soy cheese making it dairy-free as well.
Husband was so taken with it he thought he may want pizza every night unto eternity.
The crust is good enough to warrant it.
Posted by Leah J. Utas at 7:42 AM 14 comments: