Photo-Finish Friday -- A Splash of Blue

With the grey light and the shorter days I thought it would perk readers up a bit to see some brilliant colour.
For your viewing pleasure, a pair of bluebirds on the Kootenay Plains near the Banff Park border last spring.
I've left the size medium.
Please click, enlarge, enjoy. 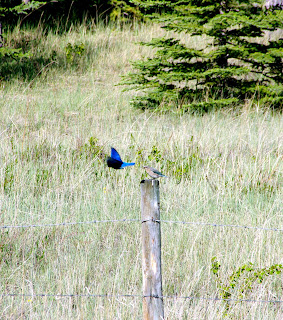 
Hello and welcome to Tuesday Tales.
I've got a few stories kicking around I'd like to share with you.
I hope you enjoy reading them as much as I enjoy writing them.

I've been writing short stories lately, and I am having a blast.
It started earlier this month. One idea has turned into an assortment of ten stories to date.
I'm so grateful to have these ideas and to be able to execute them.
As well, I am also grateful I have a blog to post them on in order for others to read them.
I don't know how many stories I have in me. Right now I can hear several clamouring inside for attention.
I am grateful for this clamour.
For as long as they want to be told I will write them.
Posted by Leah J. Utas at 12:30 AM 9 comments: 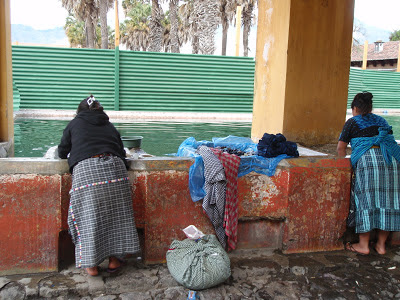 Guatemalan women do their laundry in a public washing area.

Today is my 54th birthday.
Whatever else birthdays are good for, be it eating, relaxing, enjoying life, they are good for introspection.
It's a good time to reflect.
It can be a day of personal assessment, a time to vow to change or improve something in your life.
It can be a day to look back on where you've been and look ahead to all the wonderful things yet to come.

I'm going with eating, relaxing, and enjoying.
Because even though I look like this: 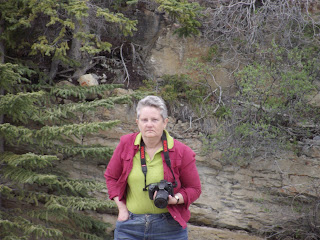 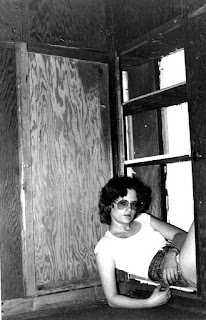 The photo was taken in spring of 1980 making me 21. It was taken by fellow J school grad Chris McKerracher.

I've been having a blast writing these stories. I hope you're having as much fun reading them.

Am I saying I am grateful for funerals?
Well, yeah.
Saturday was my Uncle Marvin's funeral. He was the last of my dad's siblings.
It was a good service. The Bag Lady put together a fine eulogy. We had plenty of time afterward to visit and several of us had dinner together afterward.
And really, that's the point.
Funerals are for the living to gather, say good-bye, share memories, and if you really want to honour someone like my uncle, you'll find a way to enjoy yourself while doing it.
I got to see cousins I only converse with through social media. Saturday's service provided the opportunity to socialize in person, and that's getting to be a lost art.
We had plenty of reunions growing up and have kept the tradition, after a fashion, over the years even though they've gotten farther between.
On Saturday there was talk of reviving the reunion, and that's another reason to be grateful. 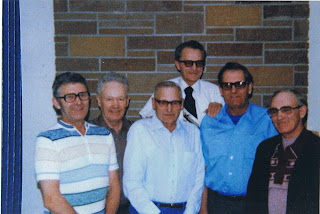 The gentleman responsible for Saturday's gathering is second from right. 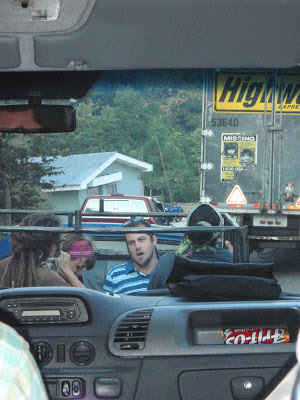 People ride in the back of a truck on a Guatemalan highway.
I shot this through the bus windshield, thus the odd frontage.

Another Story - King of the Fields


King of the Fields