Gratitude Monday -- A Lesson You Can Eat

Nothing is a failure if you can learn from it. And, as far as I am concerned, you can learn from anything and anyone at any time.
I like to learn from food. Specifically, I learn what works and what doesn't when making something. Generally speaking, we can eat the result no matter what.

On Saturday I decided to make gluten free pita bread to go with the homemade beef vegetable soup I had simmering on the stove.
I had wondered from time to time what would happen if I cooked the whole lot together rather than breaking off bits of dough for individual pitas.
So I tried it.
I rolled it out onto a pizza pan and baked it. 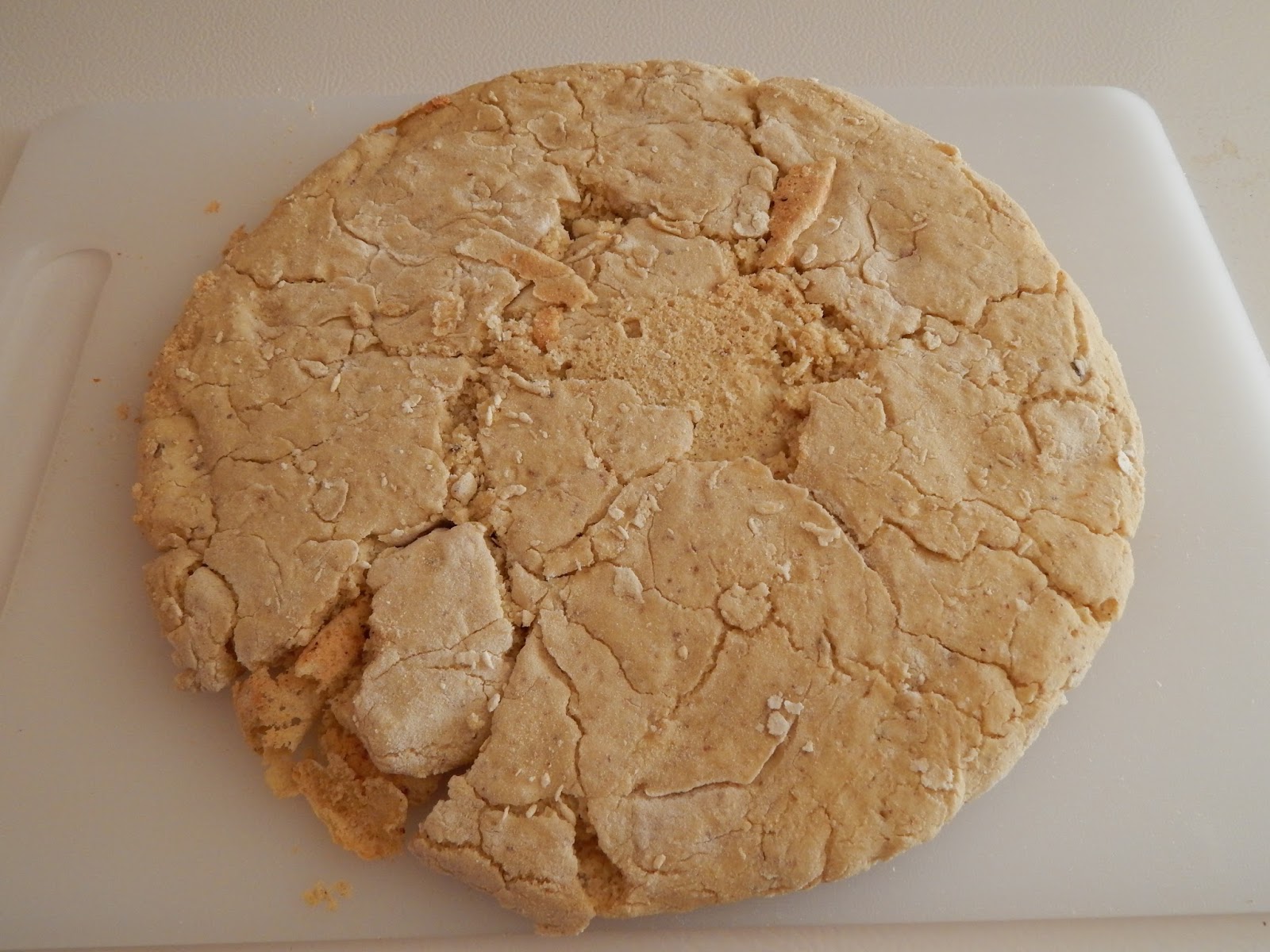 It was tasty enough, but it stuck to the bottom of the pan. It broke a bit during the flipping, but I pushed it back together as well as I could and popped it back in the oven.
It was cut into pieces later and served as flatbread rather than pita, but so what?
I got to conduct an experiment.
Yesterday I tried it again only this time I cut the dough into thirds. It flipped easier and seemed to be fine. I froze it and will know for a fact next time I want pita bread.

I am grateful for a great many things: forming the thought to experiment, enjoying the process, and getting to eat it afterward.
Learning is tasty.

Experimenting with food is a time-honoured tradition. How else would humans have discovered what we could eat?

Always fun to try new things--even better when they turn out well. I think we need to trust our inner voice and experiment! I am now into gluten free things. I look forward to more of your info!

I think often we have to break apart our creations to really see them come together correctly. A hard lesson to learn.

It's nice when you can still eat your mistakes (or, in my case, feed it to hungry and happy teens!).

As long as it's edible, its creation was worthwhile. I played around with beets, yesterday. I was very pleased with the outcome. Frank - not so much. More for me!

This reminds me that I want to make rolls on my next day off. Rolls, for me, are a constant experiment. I take great pains to get the water exactly the right temperature before I add the yeast, but nothing else gets measured, and the proportion of whole wheat to white flour changes at a whim.

Excellent reminder that learning opportunities are everywhere! I'm finding that the older I get, the more I see them. Not sure if it's because I'm getting more philosophical or because I'm making more damn mistakes, but either way, the reframe is helpful!

I do not experiment with food as much as I should. I may vary a recipe do to lack of ingredients or a taste issue.