We bought some limburger cheese the other day. It promised to be flavourful and stinky.
It wasn't really. To us, the reputation it enjoys was more PR than reality.
Oh, it has an unfortunate pong, but I had to get close to it to tell.
The flavour was mild. That's fine in its own right, but we wanted sharp.
It's okay alone, but it needs something to set it off.

We melted it over baked potatoes paired with homemade coconut and tahini sour cream.
It was okay, though pale when compared with blue cheese served this way.

Then we tried it on gluten-free pasta served with caramelized onions. Better, but not quite.

We had about one-third of the package remaining and wanted to give it a fair trial. It went on gluten-free pizza with portobello mushroom, onion, jalapeno pepperoni and some lovely goat mozzarella.

Limburger cheese on pizza is fabulous. 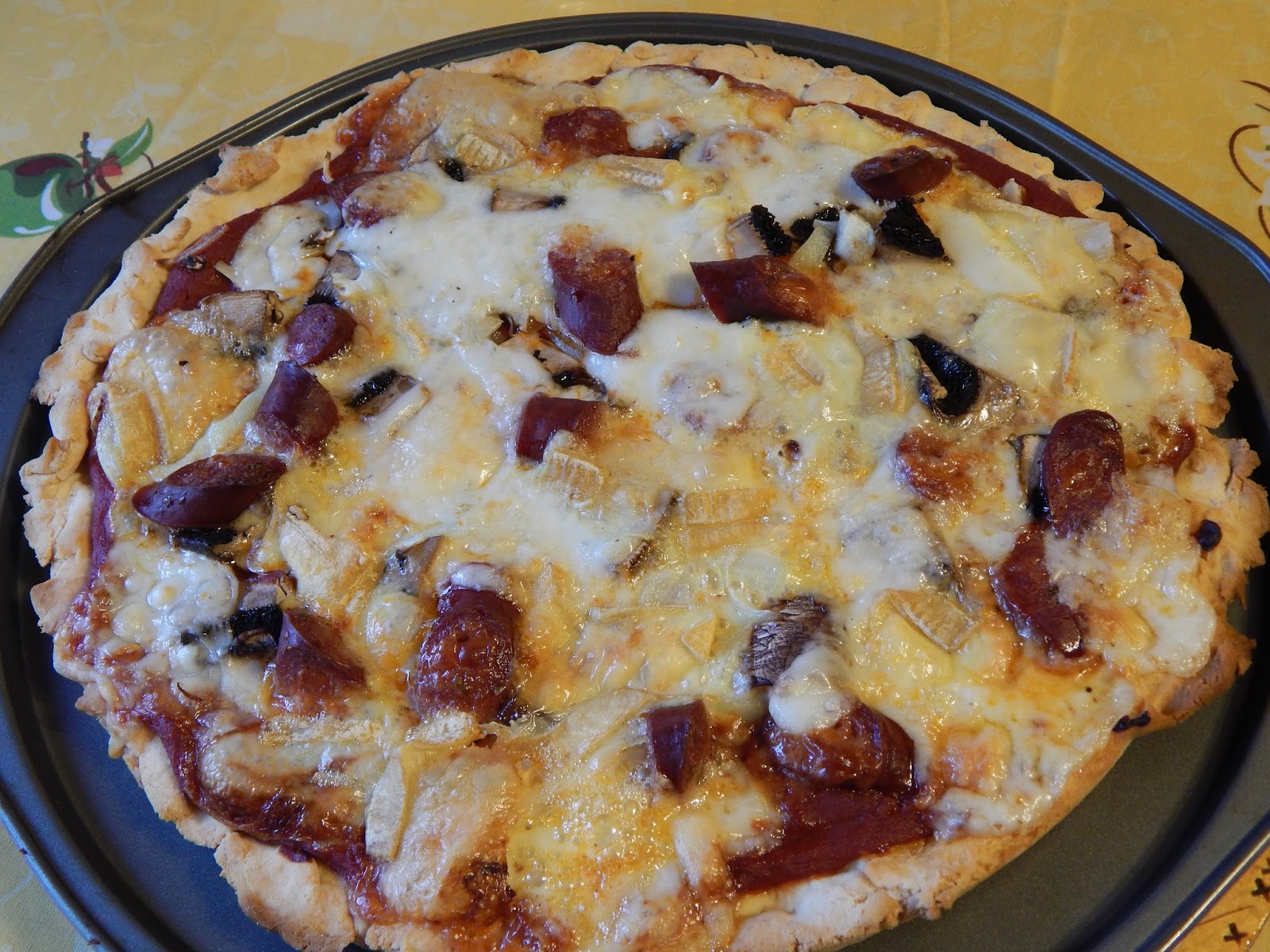 If at first you don't succeed...well you know how that goes. Never tried that pungent cheese.

Yup, Tabor. Everything has its moment in the sun.

I commend your diligence.

Why, thank you, Mary Anne.

That's one of the cheeses i never did try, since i didn't like Stilton or Bleu, but you never know. It may be in my future after all.

Why not give it a shot, Messymimi. Life is for trying stuff.

That all sounds good. I like Bleu and Stilton, so I would probably enjoy this!

Kimberley, why not find out?

I have never tried Limburger cheese. I always believed the comics that portrayed it as disgusting. I'm not overly fond of blue cheese ever since someone talked me into tasting it the way he love it best.. crumbled into Harvest Crunch. Blech!

But I have to say .. that pizza does look yummy!

Hilary, it was. If you feel adventurous enough on day, why not give it a shot?